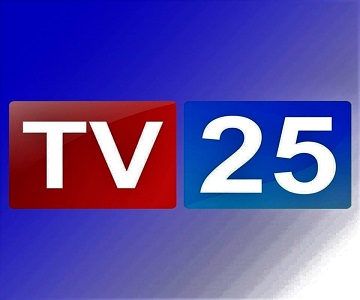 TV25 was established in the June of the year of 1993 and since then, it is broadcasting its interesting shows to Batumi, Kobuleti, Khelvachauri, part of the Ozurgeti region and the seaside from Sarphi to Poti. From the 1995 to 1996, the television started to upgrade their technique and raised to the whole new level with modern objectives and staff. Since then, this broadcasting company has made and produced many famous TV programmes and news shows like the “Akhali Ambebi”, “Mravalwertili”, “Khelovanta Galerea” and last but not least, a well-known documentary series called “Chronicles of Georgian History”. Also, this television has made and produced a highly known TV show “Yavakhana” and etc.

Till this day, this television is still broadcasting and producing new shows for its viewers. Since the year of 2004, this company creates and broadcasts the news room project “Macne” which is really famous and respected TV programme in the whole region. Also, this broadcasting company is well known for its teenage programmes. The teens have the ability to call and order their favourite songs to be broadcasted through the live shows of this television. This is one of the best regional television in Georgia and always gives their viewers the best programmes to watch. It produces various kinds of TV shows in the genre of comedy and their funny content is really famous across the whole region. Also, in the past years of the broadcasting, they started to create and produce the well-respected shows, which focuses on the subject of the medicine and the medical situation in the Georgia.