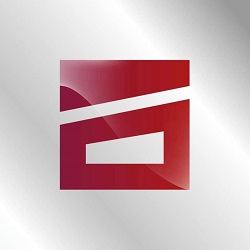 Mtavari Arxi starts the new era of the media broadcasting in the South Caucasus region, because it aims to become the new leading media broadcasting company in the country of Georgia. This is a very promising step in towards of the bright future of the Georgian media field. You must watch closely to the upbringing process of this new channel, because it will definitely change and newly shape the political stage in the whole country with its truthful and honest live shows.

This new media broadcasting channel aims to revolutionize the media stage once again, like the owners of this company did it 25 years ago, in the year of 1994, when they created one of the most well-known broadcasting company Rustavi 2. Like the predecessor, this new channel and its really experienced and talented crew will once again start the professional process of updating millions of viewers about the current worldwide and local news trends.

The founders of this new and already well-developed media company are the Nika Gvaramia and Kakhaber Anjaparidze. They are trying to reach the high demand of the honest news broadcasting as soon as possible. The chair of the CEO of this broadcasting company is currently hold by Nika Gvaramia itself. Kakhaber Anjaparidze, the co-founder of the Mtavari Arkhi owns the 49% of the shares and the other 51% goes to Gvaramia. They are aiming to bring the new level of broadcasting into live and also this media company already recruited the most famous journalists and show runners, who were working in the Rustavi 2 before.