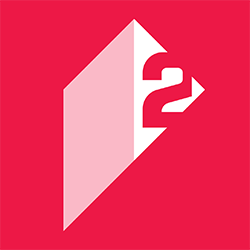 Second Channel was successfully launched in 1991 under the properties of Georgian Public Broadcasting with a purpose of uniting the majority of Georgians across the entire country. Currently, its programs are watched by more than 55% of total population, being one of the leading media channels. As a matter of fact, it is the only television station hub in Georgia that broadcasts parliament sessions, helping the company differentiate from its competitors.
With a mission of spreading democratic values, increasing educational levels and supporting social integration, around all communities of Georgia, 2nd Channel is watched by thousands of people on a day to basis. Before getting into the details of the television programs, let us introduce you to the core values of the brand. Being the most trusted media in Georgia, having versatile and high quality content, along with running relevant and easily accessible channel, are among the mandatory objectives of the company, changing the way customers interact with its programs.
‘Free Zone’, ‘Argument Time’ and ‘Playground’ are the primary TV shows that should be given a try before getting known into the secondary programs.