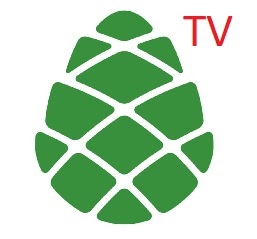 This is a whole new television, which started the live broadcasting process in the august 21 of the year of 2019. The freshly made and suddenly created broadcasting company aims to reach the new and high heights in no time and get the respect it deserves in a really short time. It is founded and made by the very controversial and also partially new Georgian political party Girchi, who is aiming to change the current way of how the political decisions are made in the country. The new channel is called Girchi TV and it’s aired on the Magti cable, on the Channel 61. As the creators and the founders of this modern new television are saying, they are planning to start broadcasting the Girchi TV live for the Silk TV users too.

The founders of this television and the leader of the Girchi party has explained the reasons behind the idea of creating a new broadcasting channel in the Georgia. As the Zurab Japaridze explained, their modern party aims to reach the whole new segment of Georgian population with the help of the GIrchi TV and get their votes with this way. They are doing this, because as the Girchi party members think, the vast majority of the Georgian population still receives and favours the news from the Television and not from the internet. They already announced the new wave of the TV programmes and started the producing process of the new show called “Breakfast Club” on the channel.