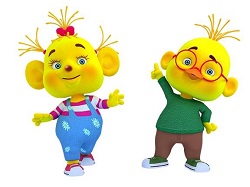 In 1992, the group of entrepreneurs trying to revolutionize Georgian entertaining industry founded kids-oriented television show called Basti Bubu. The majority of its audience might not familiar with the fact that it as well included art schools, in and outdoor activities, specially curated for the young. As a matter of fact, the word itself represents the core values of the brand, meaning that it’s the ancient word, having a definition of being clamor.
The First Channel, the digital property of Georgian Public Broadcasting, was in charge of releasing the early episodes of Basti Bubu. At the beginning of its launch, program itself lasted for half an hour. However, the TV show attracted thousands of viewers from different parts of Georgia, making the above-described broadcast one of the best ones in the history of local entertaining market.
Probably, it was the main reason why producers decided to air the episodes on a day to day basis, providing kids regular enjoyment. Currently, Basti Bubu is streamed through various digital platforms, offering high definition resolution, as well as wide range of episodes, considering all the needs of the audience.